Be the first to review this product
$10.50
SKU
T-SEAL
Add to Wish List Add to Compare
Ca Cycleworks Throttle Shaft Viton U-Cup Seal (each) is available to buy in increments of 4

Skip to the end of the images gallery 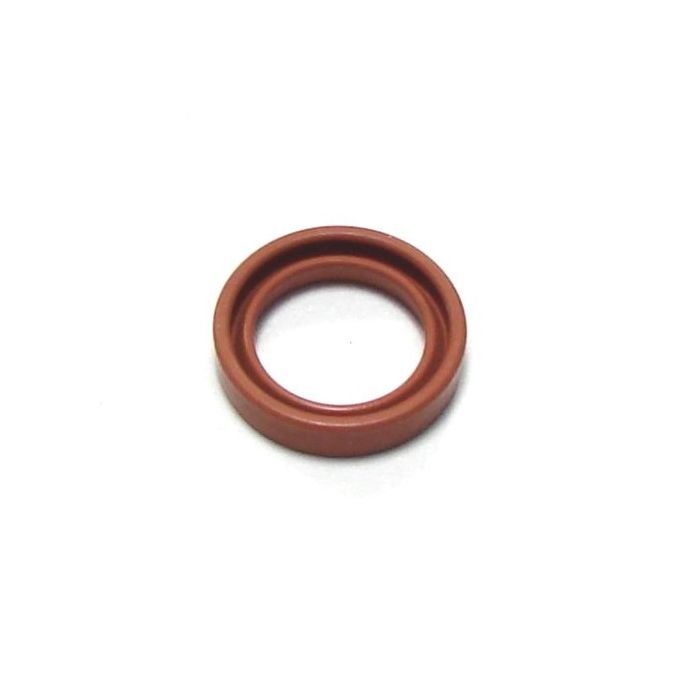 We got reports from mechanics at dealerships that sometimes a customer's Ducati would exhibit poor idling and low speed running. They often found that there was a vacuum leak at the seal behind the TPS (Throttle Position Sensor) -- or one of the other three seals. These seals are not available from Ducati, nor are they even on the market! Worse, the only option for the customer was to buy new throttle bodies from Ducati, which normally cost more than $2,000.

CA Cycleworks is again the innovator. We scoured the industrial marketplace and found that these seals are mash-ups of two other seals, but no one made this exact size. We sought the help of seal manufacturers across the US and ended up having to go to Canada to find someone willing to get the job done. As always, CA Cycleworks uses best-of-industry practice and had these made in Viton. Dimensions are 8mm ID, 0.450" OD, and 0.150" thickness.

To test if your seals need replacing, try spraying brake cleaner on the ends of the throttle shafts where they meet the throttle body. If the idle changes speed, you need new seals. To replace them, you need to remove the two screws on the throttle plate, which may require grinding since the screws are peened over. Then remove the bell crank from one end of the shaft as well as the spring. Pull the shaft out of the throttle body to access where the seals go. Take pictures and notes, as it is difficult to reinstall those springs correctly.

To help technicians keep track of which seals have been replaced, we had them made in red (and besides, doesn't red make everything go faster?). These seals are the same in all models, as well as most throttle bodies and carbs in Japanese bikes.

**IMPORTANT: Not a trivial task to install these due to the amount of disassembly required. Also, the butterfly plate screws are peened over, requiring the ends of the screws to be ground off. We recommend that people hire a technician who has done this before to perform the replacement.

In depth: **IMPORTANT: Not a trivial task to install these due to the amount of disassembly required. Also, the butterfly plate screws are peened over, requiring the ends of the screws to be ground off. We recommend that people hire a technician who has done this before to perform the replacement.
Reviews
Write Your Own Review
Copyright © 2018-present CA Cycleworks LLC. All rights reserved.